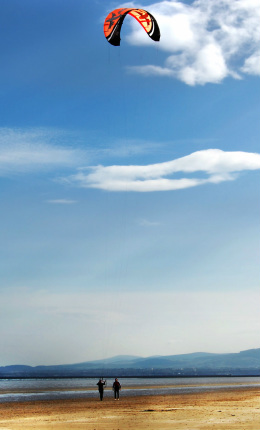 The government recognises onshore wind energy as the most mature of all the renewable technologies and expects it to contribute heavily to the challenging renewable energy targets. To encourage the uptake of renewable energy, the government has introduced an incentive mechanism (FIT) by guaranteeing a price for energy generated from renewable sources such as wind energy.

Wind turbines
Wind turbines in the UK range from small roof mounted 1.5kW wind turbines to large commercial 130m high 3MW machines. Wind turbines are often installed in groups or clusters called wind farms and these are found all over the UK.

Wind turbines convert wind energy into electricity and do not produce any harmful emissions, thereby preventing the release of greenhouse gasses from other energy sources. A typical 500kW wind turbine installed on your land would produce on average over 1,200,000kWh per annum; enough electricity a year to power approximately 270 average homes and save hundreds of tonnes of carbon dioxide being released.

Climate change
Climate change is recognised as one of the most serious challenges that the world faces today, resulting in rising sea levels and a more unpredictable climate. Climate change, or global warming, is being predominantly caused by the emissions of greenhouse gasses, such as carbon dioxide, which are released during the combustion of fuels for energy, transport and heating.

In 2008 the UK government passed the Climate Change Act 2008 which sets out how the UK will reduce emissions of harmful greenhouse gasses. The Act sets a legally binding target of at least an 80 per cent cut in greenhouse gas emissions by 2050, and a reduction in emissions of at least 34 per cent by 2020.  The UK is also signatory to the European Union Renewable Energy Directive which requires the UK to meet 15 per cent of its energy needs from renewables by 2020. This is a seven fold increase in UK renewable energy consumption from 2008 levels and means more than 30% of our electricity being generated from renewables, up from 5.5% today. More than two-thirds of this increase is expected to come from wind power.